I've always loved Christmas. Obviously, as a child, it was always magical but I never saw why getting older should stand in the way of that magic so I tried to carry it with me through life. I was always the one seemingly organising the work Christmas party; always trying to keep things seasonal in the workplace, ever the one looking for festive things to arrange at home and, of course, insisting on the songs being played in the car. I've always encouraged my kids to enjoy the festive season to the maximum and always tried to make it important in my relationships.

It was certainly important to me and Lady Blagg; we first got together in the season and we celebrated it like mad from mid-November on. Almost from the point, I lost her in July of last year, my thoughts turned to Christmas and what I would or could do to get through the season. To say I knew it would be hard is an understatement; I did seriously wonder if I could see it through at all.

But, by the time December came around, I realised I couldn't do anything bar what I did normally. The West End hotel I'd booked as a surprise six months before she passed away still needed me to stay in it, albeit alone, the Christmas tree she decorated so fastidiously - I wasn't allowed near it except with explicit instructions! - still needed to be bought and put up and 'her decorations' put on it (even though it was only seen by myself and four cats) and the outside lights that she told me every year looked 'gopping' (She was from the North-East) still had to go up. As I mentioned at the time, if I didn't put them up - and driving myself outside to complete the task took reserves of resolve I never knew I had - then I'd just hear her say "Oh so you wait till I pass and then decide not to put those fecking horrible things up do you?' (As I said, she was a Geordie, so swearing became like poetry). I did everything as if she was here to see it and take part in it. I managed. Just.

And now I face my second Christmas without the Love of my Life. I lost my father in early November too so my Mother is facing what I went through last year, although much later in life. It will be harder for her to get out and do what I did last year so my heart goes out to her, but I'm still in post-Gail land. It's not become easier - in fact, in many ways I've found the second year harder - but, as I did last year, I'll do my Christmas-y things and hope to find some festive cheer. I'll pay tribute to those lost through the calendar this year but hope the song selection - and it's still being rummaged through as I speak! - will bring joy and light with just a hint of romanticism and some of the Yuletide ennui we all know and (most of us) love.

Be merry and bright! 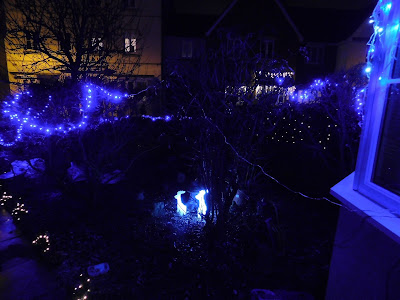 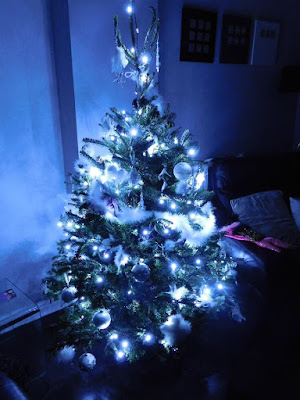