There's another soul absent from Blagg Acres this Christmas.

I had to watch Morris go to sleep via Skype as I was in Madeira when he had to go. I'm good at missing the passing of those I love. 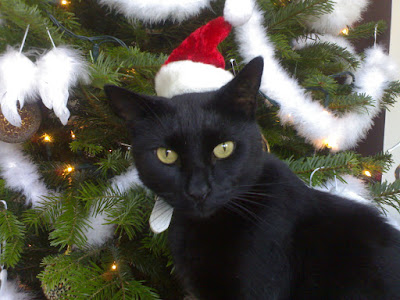 Morris had been poorly for some time with a thyroid problem. If anyone asked how the cats were Gail used to say "Oh Morris is dying"'. I used to tell her off about it. "We're all dying, he's getting old and slowing down. He's good for a while yet". 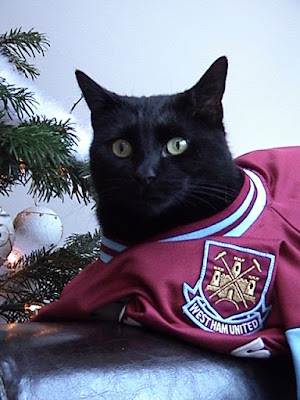 Nobody could believe he survived Gail though. I had a chat with him on the evening of her funeral "You need to hang on Morris, I can't lose you in the same year. It would destroy me". You know, I believe he understood? He lasted a full 12 months and two weeks. I sat and chatted to him before I went away "I'll only be a week, you be here next week ok?" But he gave me a look that said 'I can't.' I'm heartbroken I couldn't be there for him at the end.

Run free Morris and thank you for the good times.