After a year's hiatus - and not for the reason you might expect; last year I was waiting for a bed delivery until the 23rd and I was sleeping in the middle room where the art installation normally goes - Lady Blagg's kitsch Christmas Tree of Desire has returned to its place in the hearts of the nation.

I won't add to it - I could never reach those giddy heights of kitsch - but I'll take nothing away bar, I'm afraid, the three sets of pink stiletto shoe lights. Much as I like them Greta Thunberg has been in touch to complain about the number of AA batteries they get through every year so, until I track down a plug-in set, the ever-changing coloured ones will have to do.

For anyone not up to speed on the original construction of this monument to bad taste then please visit the 8th Calendar here where a bauble was posted every day alongside the songs. Several have been added in subsequent years - all posted in the Calendar - making a sumptuous whole that delights and strikes fear in equal measure. 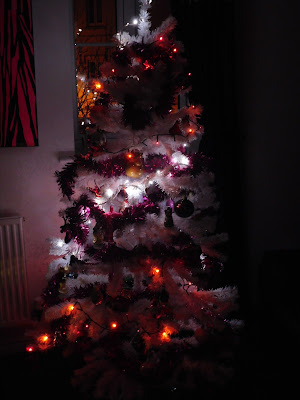 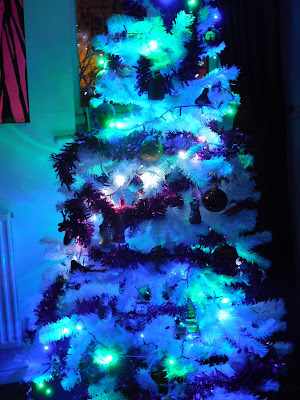